Since 1994 the Toyota RAV4 has become a popular SUV on SA’s roads. Fast forward to 2019 and the SUV game has moved on considerably, and so has the RAV4. We joined the Toyota team in Richard’s Bay to spend some time with the latest SUV in the Toyota range…

What you need to know about the new RAV4

In terms of its looks the fifth-generation RAV4 is sharper than ever with broad dimensions, angular features and an overall look that is as eye-catching as some of the other new Toyota models we’ve seen recently – like the CH-R. It still maintains that sporty personality we’ve come to know and love about the RAV4. Its new design just makes it more exciting to look at, with a slightly more city-friendly appeal. 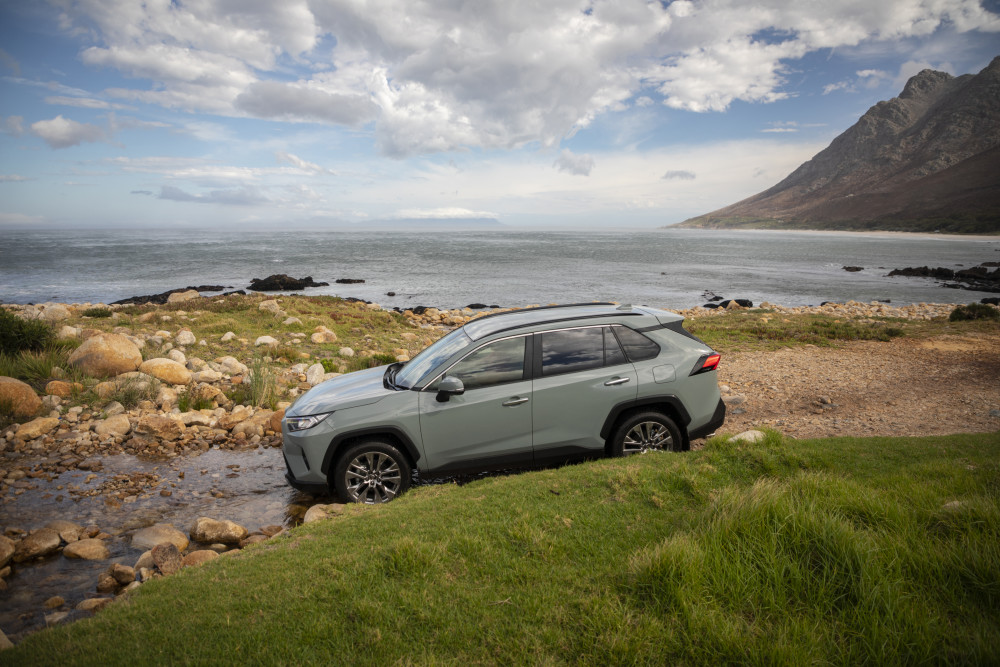 As for colour options, the new RAV4 has a load of exciting colours to choose from, including the Caribbean Blue option that I’ve become somewhat obsessed with after seeing it on Toyota’s new Corolla Hatch – it’s just so striking and looks just as good on the new RAV4. Inside, GX models are fitted with snazzy black fabric trim, while the GX-R is available in both Black and Orchid Brown Art-leather. The range-topping VX model opens up a choice between black and ivory leather interior.

Value for money: Toyota has spruced up the RAV4’s range to include more model options for everyone. At the bottom of the range, the familiar GX model offers 17-inch alloy wheels, roof rails and impressive standard interior features like a push-start button, a seven inch display unit, Cruise Control, Reverse Camera and Rear Parking sensors, to name just a few.

Adventure seekers: The GX-R (which is a newer option in the range) caters to those specifically after adventurous intentions the RAV4 has always been known for. Toyota says that the GX-R has been introduced to bridge the gap between the entry-level GX and range-topping VX model. At the launch, the GX-R was the first unit I hopped into and after seeing how much is offered in this unit, I’m really impressed by its bang for buck.  It adds 18-inch alloy wheels, an enlarged upper front grille with broad horizontal slats, a larger and more prominent skid plate and chunky black over-fenders. It also features power-adjustable leather seats and lumbar support, seat heaters, wireless charging and climate control, and its AWD guise means that it can take on a more diverse range of roads and terrains.

Upmarket option: The range-topping VX unit is geared to those looking for the most refined and premium model in the RAV4 range. It offers a whole lot of premium-like interior features, from seat heating and ventilation, memory seats, a Panoramic View Monitor, as well as 19-inch high gloss alloy wheels. 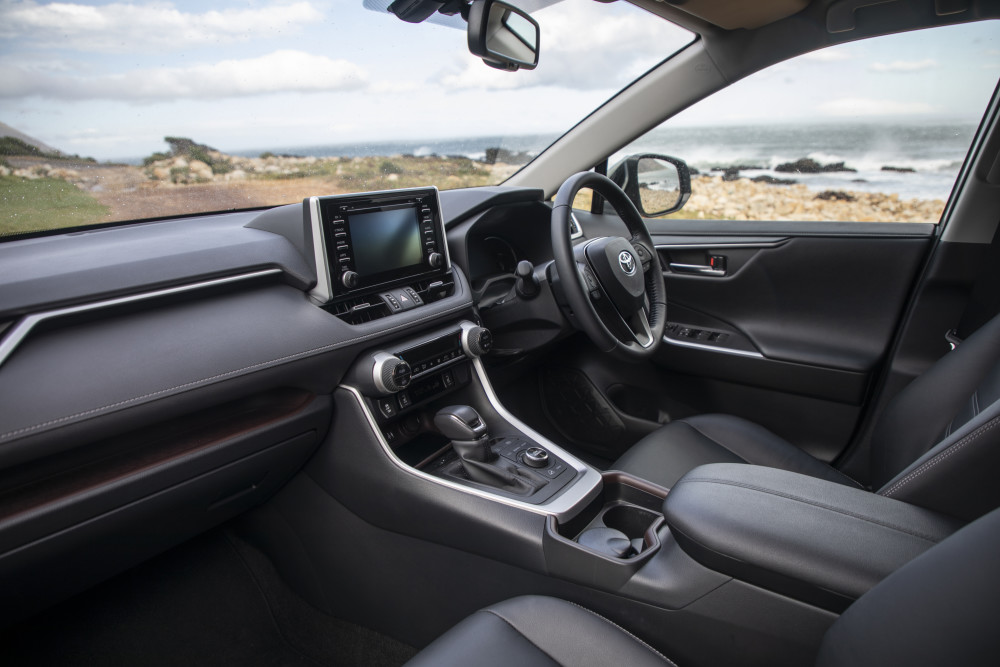 Not a fan of CVT gearboxes? There’s an automatic option too…

For many people, CVT gearboxes don’t have the best reputation. But Toyota seems to be getting it right with their new models, and the 6-speed CVT transmission in the RAV4 is a lot smoother than you’d expect. Toyota says that the Shiftmatic CVT features Toyota’s New Generation improvements including an increase to 10 pre-programmed steps (up from 7) and fixed first gear to facilitate crisper start-off acceleration.

But if you prefer a regular automatic transmission, the range-topping VX derivative is available exclusively with an eight-speed automatic transmission that is mated to a 2.5-litre engine. The automatic option on the flagship model is really impressive and complements everything that is refined about the rest of the vehicle.

Improvements to the RAV4’s AWD technology make venturing off the beaten track more possible, more comfortable and more exciting. We got to experience the GX-R’s AWD technology over large stretches of gravel road and while I know that not all SUV owners dare to take their new vehicles onto rough and potentially hazardous roads, it felt like an effortless and stress-free affair in the new RAV4.

On the open road the RAV4’s petrol engines (no diesel yet) is punchy and does a great job at overtaking slow moving vehicles. The 2.5-litre four cylinder unit is of course the most rewarding of the two options, offering 152 kW of power and 243 Nm of torque. In terms of fuel consumption, Toyota claims between 6.5-6.8-litres/100km on the 2.0-litre, while the 2.5-litre has a claimed fuel consumption of 7.3-litres/100km. 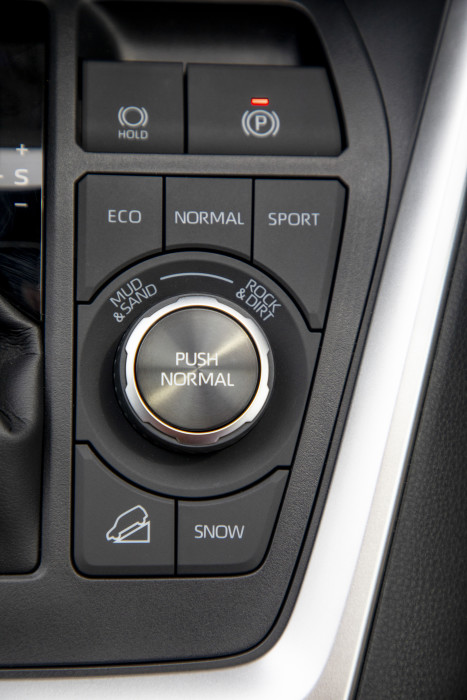 With the addition of the GX-R adventure model, the new RAV4 line-up offers something for everyone. While I know that not every SUV owner genuinely wants to be taking their new vehicle off-road, I like that Toyota has separated the adventurous RAV4 (the GX-R) from the rest of the range. Overall, the new RAV4 should appeal to families looking for an SUV that is well adjusted to city-like environments, but that can be taken over those gravel roads if needed, without worry.