Testing stages for the 2018 Formula One are underway. We take a look at the teams and their 2018 cars. Can Mercedes be de-throned this year?

The 2018 FIA Formula One World Championship kicks off with the Australian Grand Prix on the 25th of March. This year will see Mercedes and Lewis Hamilton defend their fourth consecutive championship from staunch opposition. These include Ferrari, Haas, Force India, McLaren, Williams, Toro Rosso, Alfa Romeo Sauber, Renault, and Aston Martin Red Bull.

Drivers and teams are scheduled to compete in 21 Grand Prix, beginning with Australia and ending in Abu Dhabi on the 25th of November.

In this article, we’ll be looking at the glorious new machines we’ll be seeing on the track. But first, there are a few notable changes this year.

One of the biggest changes we’ll see this year is the introduction of a new cockpit protection device, commonly known as the halo.

We’ve seen a series of serious incidents in this sport, including the horrifying, fatal accidents of Henry Surtees, Jules Bianchi, Dan Wheldon and Justin Wilson. When these incidents occur, drivers are often struck in the head by debris, because, of course, Formula One is an open-wheel racing sport.

So, the Formula One technical regulations have been revised. Starting this year, the halo will be deemedmandatory cockpit protection. The device, which is fundamentally a wishbone-shaped metal frame that sits just above the driver’s head, has been brought in to reduce the risk of head injuries.

It may be part of the F1’s aim to go for a new family-friendly image. The fans, however, don’t seem to like the changes. Neither do the teams or the drivers. Teams have had to strengthen the chassis of their vehicles to accommodate the extra weight, and have faced significant aerodynamic challenges. But, the FIA has the last say, and the halo will be present on every single car on the grid this year.

Additionally, in order to better assist recovery crews in assessing the driver’s condition in the event of an accident, all drivers will be required to wear biometric sensor gloves which record their vital signs.

The biggest change in drivers is surely the retirement of Williams driver, Felipe Massa. He will be replaced by former Renault test driver and SMP Racing driver, Sergey Sirotkin.

And now for the cars! New year, new look. At least, that’s the case for most of the cars we’ll be seeing on the grid this year.

A poll from Planet F1 revealed the MCL33 to be the fan favourite of 2018. It came out on top with 26% of the votes, and we can understand why. Look at that Papaya-Orange and Dark Blue paint scheme.

McLaren suffered a miserable amount of issues last season, and the lackluster Honda powertrain has largely been to blame. They’re back this year, though, powered by an all-new engine from Renault. Renault has done some impressive things with Red Bull. 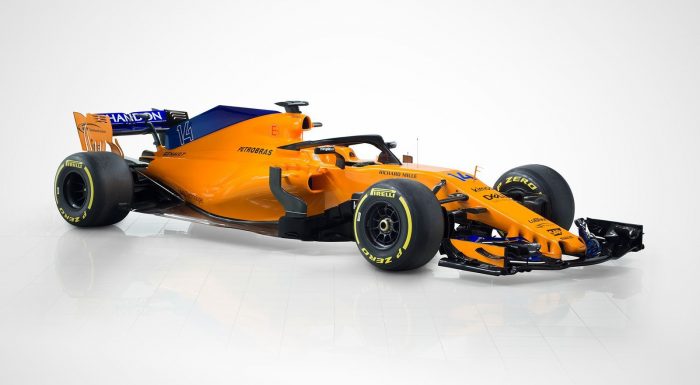 Fernando Alonso and Stoffel Vandoorne return as the drivers. The team is expecting big improvements in performance this season. Of course, they can’t do much about Alonso’s performance though, who has made an ominous start to the year by wrecking the beautiful new MCL33 on the first day of testing.

Toro Rosso have lost both of their drivers, but gained a new engine. Pity it’s a Honda engine, and as mentioned above, Honda has been a little unreliable for the last couple of years. Filling the seats will be rookie Pierre Gasly and Le Mans winner Brendon Hartley. 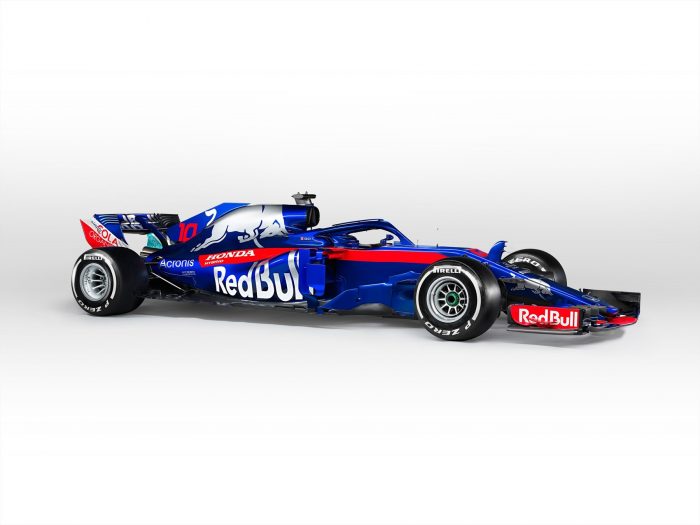 Of course, nobody really pays them much mind and all you’re going to hear about is Honda, Honda Honda. Early tests indicate that Honda might fare better with Toro Rosso than it did with McLaren. If the STR13 performs well this Formula One, we may even see Red Bull moving over to Honda as well.

Force India performed relatively well last year, and they will be looking to improve on that this season. The BWT-sponsored bright pink livery returns for the VJM11, and very little else has been changed. 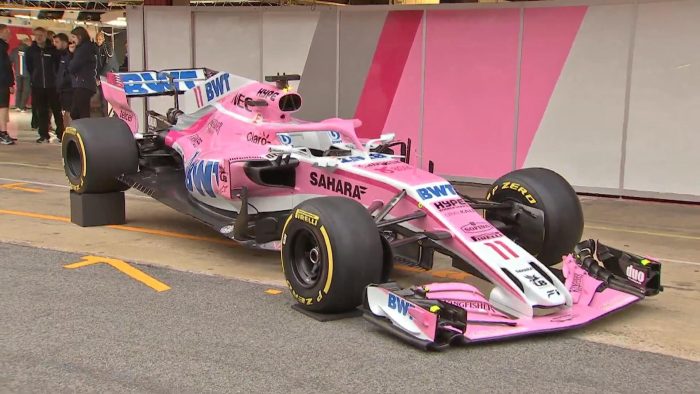 The 2018 car is based on last year’s vehicle, with a few minor tweaks to accommodate the new regulations. After butting heads a little last year, drivers Sebastian Ocon and Checo Perez will be returning.

Haas was the first to unveil their car for this season, and they have once again opted to share resources with Ferrari. 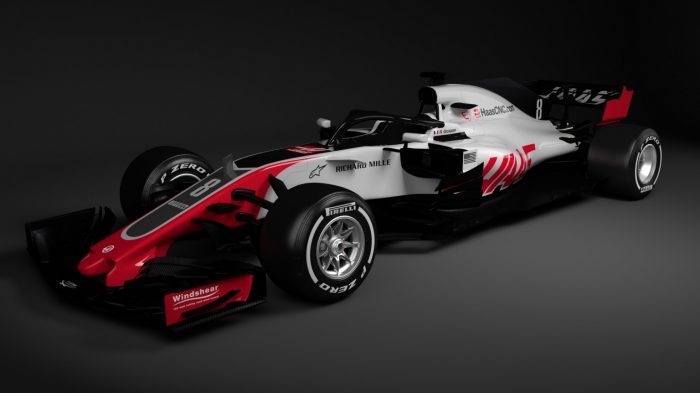 Ferrari have made a number of changes to the new car, giving it a longer wheel base and making some aerodynamic changes. The 2018 vehicle certainly looks menacing and fast, and of course, it’s red.

Alfa makes its return to Formula One this year, with sponsorship of the Sauber team, and running a 2018 Ferrari engine. Bit of a mixed bag then. The new Sauber will make use of different aerodynamic concepts than with the previous C36 instalment.

The C37 features a slim gap designed to divert airflow once it leaves the Halo device. This makes the Sauber the first car in the Formula One to take advantage of the aerodynamics involving the Halo. 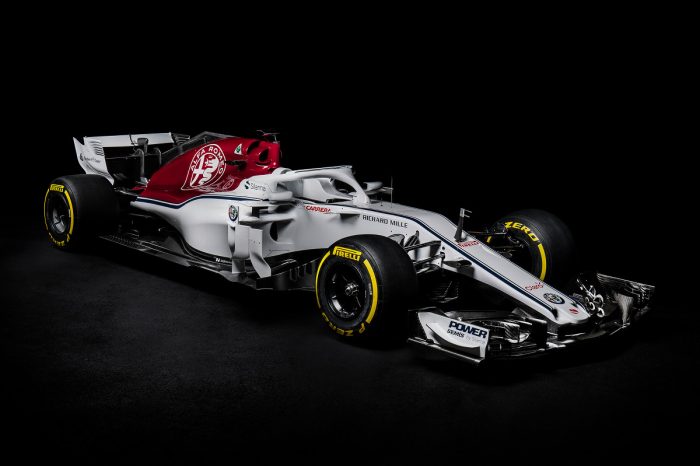 The ‘pretty’ red and white livery of the C37 is a fan favourite, and the car will be driven by Marcus Ericsson and Charles Leclerc.

The new Red Bull car will be driven by Daniel Ricciardo and Max Verstappen. Ricciardo has already performed well in testing earlier this week, beating out the opposition with the fastest track time of 1min 20.179sec. He was the only driver to complete more than 100 laps. 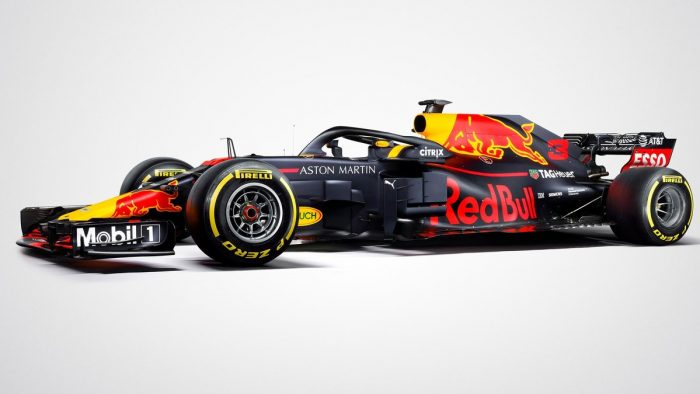 The biggest news surrounding UK-based Williams is that veteran diver Felipe Massa has retired. He will be replaced by Russian rookie Sergey Sirotkin, who is joined by Lance Stroll. 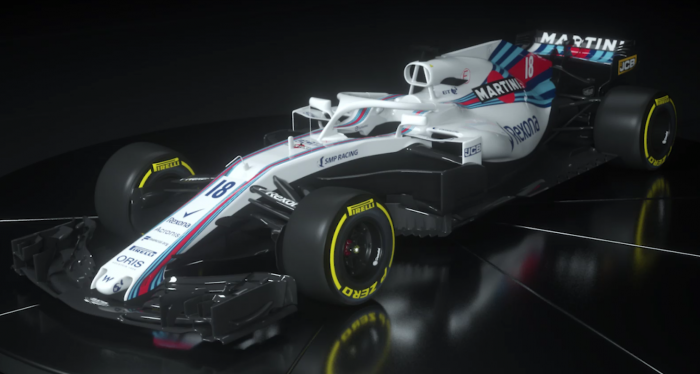 Williams was the second team to unveil their 2018 car – the Martini-plastered FW41. The car will be powered by Mercedes-AMG, and is the first vehicle designed with substantial input from new technical officer, Paddy Lowe.

The impressive Carlos Sainz Jr will be taking the wheel of this black and yellow beast. He’ll be joined by Nico Hulkenberg. Renault enjoyed a strong run last year, taking sixth in the constructor’s championship. 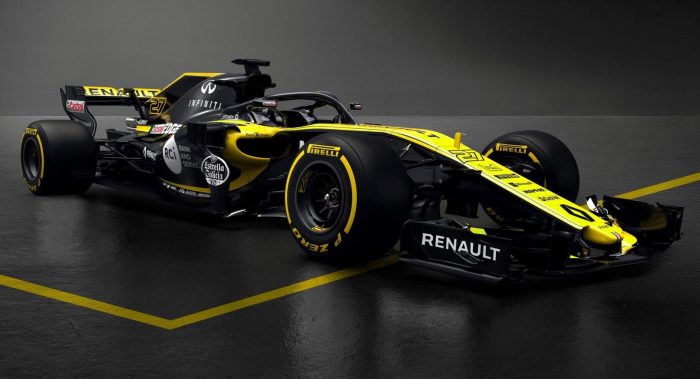 It will be looking to build on that this year with the new RS 18. Not much has changed with Renault, besides the fact that McLaren are now running the Renault power units. They could face some stiff competition on the track, provided Alonso can stay on it.

And finally, the car all other teams hope to beat. Mercedes, on the other hand, will be hoping that the W09 can lead them to their fifth straight drivers’ and constructors’ championships.

The new car looks similar to last year’s champion W08, apart from the Halo and the removal of the shark fin, of course. 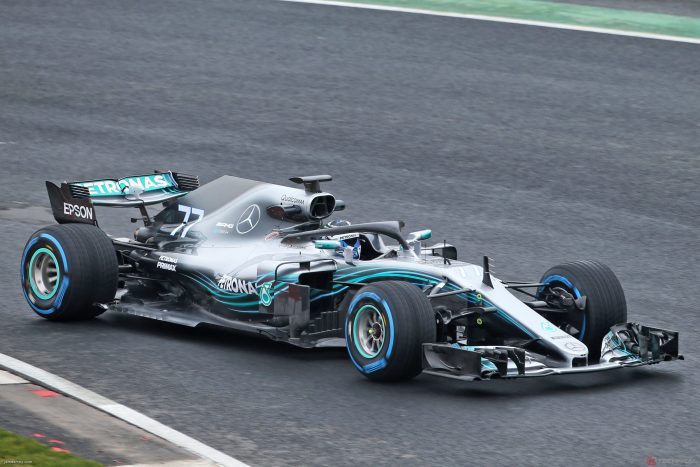 It’s little surprise that not too much has changed. The W08 proved troublesome to set up in the beginning stages of 2017, though. The team has tried to fix these problems for the new season and only time will tell.

So, the W09 is considered more of an evolution of the W08. Champion Lewis Hamilton returns, saying in a statement:

“This is better than last year’s car in every aspect. It looks quite similar but inside, underneath the shell, and even the bodywork, it’s all refined to perform even better than it did last year.”

He’ll be joined by Valtteri Bottas.