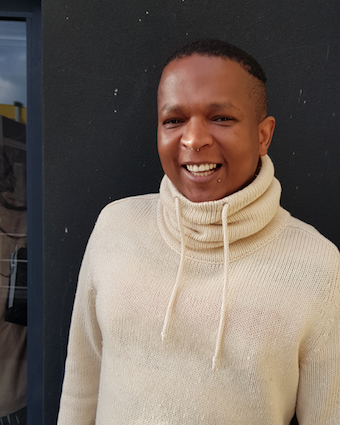 With so much practicality on offer, it’s easy for the compact SUV to fall strictly into the soccer mom category, and of course there is nothing wrong with that, but with so much versatility, everyone from soccer moms to zip-zapping city slicker millenials should get to experience the convenience of a smaller SUV.

I certainly don’t fall into the soccer mom category, so in the week that I had the Kia Sportage, I took it through the paces of my Cape Town city life, starting with a 45 minute trip outside the city to Littlegig, a 24-hour music festival on a farm out in the woods, through to the daily work commute, as well as the long scenic drives my chosen province is known for.

On the outside, perhaps the most eye-catching feature of the Kia Sportage is its front end styling, with a grille and front that makes it look at once menacing but also a little like it’s getting its first teeth. It’s a very modern looking modern looking SUV that manages to look bigger than it feels on the road. Standard features on the Ignite model include LED daytime running lights, automatic headlight control, rear park distance control, Bluetooth connectivity, and steering wheel-mounted remote controls, to name but a few.

The 1.7-litre CRDI Ignite Plus features the entry level trims on the inside, without the touch screens which are available on the more expensive models. Drivers who prefer big bright screens would do better to get one of the pricier models in the Sportage range. That said, a touch screen was the last thing on my mind while driving this spacious and comfortable 6-gear SUV. “Many customers value the size, space, practicality and versatility of an SUV, but have no real need or desire for too many bells and whistles,” explains Gary Scott, CEO of KIA Motors South Africa, and I am inclined to agree.

When it comes to storage there’s the standard glove compartment, storage in the center armrest console in between the driver and the passenger as well as the storage compartments on the side doors – the caffeine junkie in me really appreciated the two cupholders next to the center storage box. And while on storage, as one would expect, the car offers ample boot storage with foldable rear seats.

The drive was far smoother than I expected, light and agile on the road.  Press down on the accelerator and the car offers very little resistance as it speeds ahead. Making it especially convenient on the daily commutes as one tries to stay clear of taxi drivers. With its 6-speed manual transmission, it is a dream on the long stretches of road. I didn’t really test it off road much, except for the dusty gravel farm roads, which are not quite off road, but then again, as versatile as the car is, it’s hardly aimed at the off road market. At around 6L/100km , I also enjoyed the relatively low fuel consumption on this car.

“Market analysis shows that the bulk of the action in the highly competitive C-SUV segment takes place in the space where customers are spending between R400,000 and R500,000,” explains Gary Scott. “Three of the new derivatives in the Sportage line-up fall in the bottom half of this price band, with three more under the R400,000 mark” he adds. See below for prices of the Sportage range…

The new Kia Sportage might have its work cut out for it in such a competitive segment, and if there were a couple of things I would have loved in its class, that would be a slightly higher driver’s seat. I do love a commanding view of the road, as well as leather upholstery, but those are personal aesthetic preferences. However, what really stood out for me was the ease of the drive as well as the versatility of the vehicle itself. I may not be a soccer mom, but any car that I drive will see lots of weekend action, long drives, the occasional musical festival, as well as a daily commute that requires agility thanks to Cape Town’s taxi drivers, and the Sportage handled it with aplomb.