Women and Cars (Part One)

Without women, we probably wouldn’t have modern cars at all. Take a look at these remarkable women in automotive history…

A quick Google search of women and cars leads you directly to what you would imagine. Image after image of attractive, scantily-clad ladies sprawled across the hoods of the latest super cars. You’re five or six pages in before you find a photo of a female race car driver or a female engineer. You may think this is a modern marketing ploy, but it’s been going on for decades. 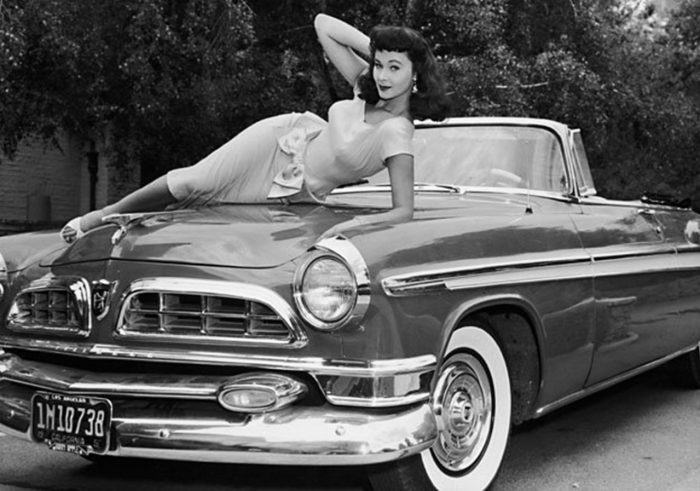 It would be a breath of fresh air to see and hear of more women involved in the industry. What are they doing? How are they taking the industry forward? How are things changing?

Oona Scheepers comes to mind, for example, or Mary Barra of General Motors.  How about Leena Gade, who, in 2001 became the first female race engineer to win the 24 Hours of Le Mans? Gade has even won a‘Man of the Year’ award. That’s right; she’s out-manned the men at ‘their own game.’

These stories are by no means hidden; they’re there for anybody with an interest in the industry to find. There are just precious few of them to go around.

For the longest time, the automobile industry was little more than a boys club. Men led the charge in automotive innovation, laying the foundations for the gigantic money-making-machine it is today. In Europe, the USA and Japan alone, the automotive industry accounts for roughly 25 million jobs.

Little did earlier generations know, or care to admit, that without women we probably wouldn’t have any of it. Even today, the business is still very much a man’s world, but we now have more and more women occupying roles within the industry with a skill and flair that very few men could hope to match.

Let’s take a look at some women who did remarkable things.

Inventor Karl Benz is widely credited with the creation of the world’s first petrol-powered automobile, theBenz Patent-Motorwagen. Many don’t know, though, that if it weren’t for his wife, Bertha Benz, it likely wouldn’t have happened at all. 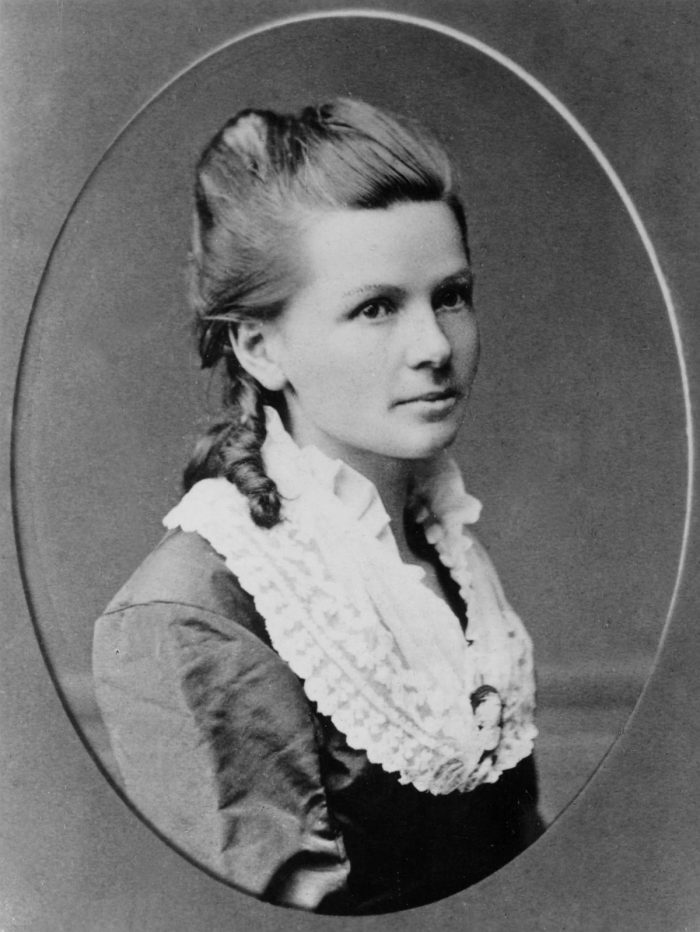 Bertha financed the development and creation of the automobile by pouring her inheritance into the business. Due to the laws at the time, however, she could not apply for patent rights. Her husband had to apply for it on her behalf.

Her husband, Karl, was a man prone to crushing depression and he was often held back by his excessive perfectionism and fear of failure. Bertha believed that the petrol-powered car would work, way before her husband did. To prove this, she snuck out of the house with her two teenage sons, took the prototype vehicle without her husband’s knowledge and embarked upon the world’s first long distance journey by automobile. 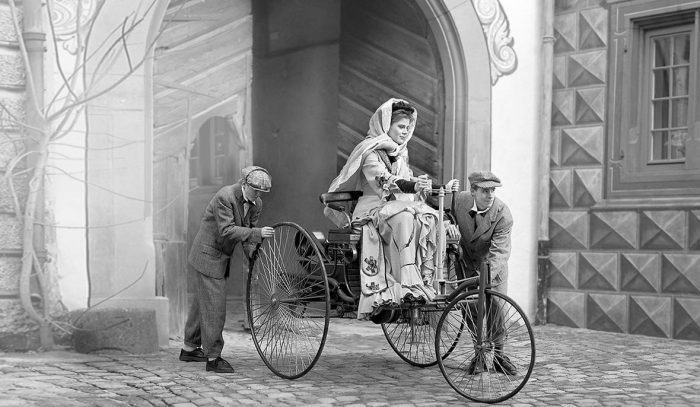 Throughout the journey she acted not only as the driver, but as promoter and mechanic as well. She is reported to have cleaned the carburettor with her hat pin and used a garter to insulate a wire. She enlisted a blacksmith to help her mend a chain at one point, and when the wooden brakes began to fail, she got a cobbler to attach leather to them, effectively inventing the world’s first pair of brake pads.

Bertha made notes of every little thing upon her journey. With her suggestions, the company was able to improve the vehicle’s reliability and performance. This included the addition of an extra gear to climb steep hills.

She also showed her husband that his creation was, in fact, a huge success, and generated massive interest not only in the company but in petrol-powered cars as a whole.

For Mercedes-Benz, we have Bertha Benz to thank.

In 1903, Mary Anderson patented the manual windshield wiper. She got the idea the year before on a cold New York day, when she observed a motorman who was forced to keep the front window panels open in order to see the road through the falling sleet.

Mary then hired a designer who would build a hand-operated device to remedy the problem. This consisted of an arm and a spring, operated manually via a crank inside the car, which ran a rubber blade along the window. 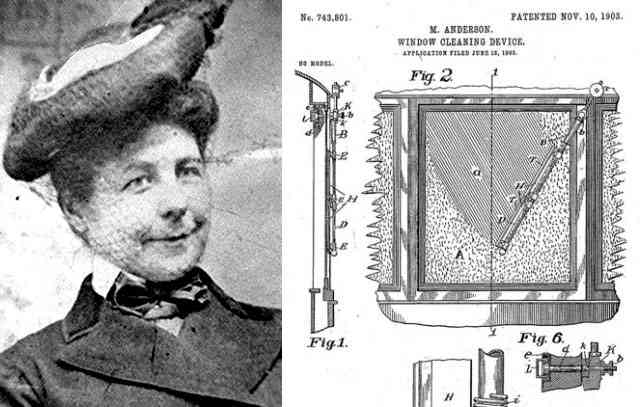 Her patent expired years later without the invention ever really taking off. She couldn’t even get the Canadians interested, where it basically snows all the time. Only after the patent expired did windshield wipers become standard in automobiles.

In 1917, the upgrade of the windscreen wiper fell to yet another woman. Charlotte Bridgwood, who had become sick and tired of the tiresome manual lever-wipers, began producing automatic windscreen wipers through her small company.

Just like Mary before her, Charlotte garnered little support or financial satisfaction. The patent expired in 1920. Two years later, Cadillac became the first car manufacturer to adopt them as standard equipment.

Charlotte Bridgwood’s daughter, Florence Lawrence, was the world’s first movie star. This talented young woman not only became a huge success in Hollywood, but also helped to shape the car we have today. Florence is widely credited with the invention of the first turn signalling system, as well as the first mechanical brake signal.

Cape Town drivers may not have a clue what I’m talking about. These, today, are known as the indicator and the brake light. Your car should have them. Try them out sometime, and say thank you to Florence Lawrence. 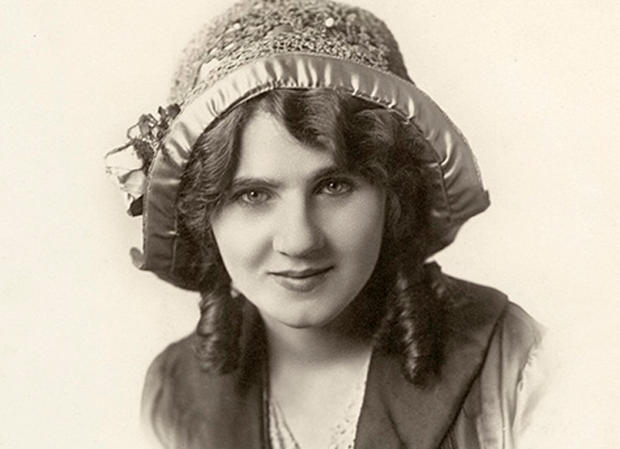 Florence invented the “auto-signalling arms” in an effort to make the streets a safer place. To prevent people from just turning without warning and wreaking havoc all over the roads, Florence created two manually-operated flags to place upon the rear bumper of a car.

With the push of a button, the appropriate flag would indicate your intention to turn.

The genius didn’t end there. Florence also thought of a warning sign mounted at the back of the car, which instantly flips over when the brakes are applied.

While Florence may have invented two of the most important car signalling features we have today, she never bothered to patent any of her ideas, and neither did her mother, who, after the windscreen disappointment had probably just given up on life.