From Bertha Benz to Mary Barra, women have played crucial roles in the automotive industry throughout history…

We don’t hear nearly enough about women and cars in the media. When we do, we have to sit through more about how a bunch of rich, middle-aged men have banded together with the radicals to make the world a better place for women.

By taking away their jobs.

Without ever asking a single woman in that position for her opinions on it. 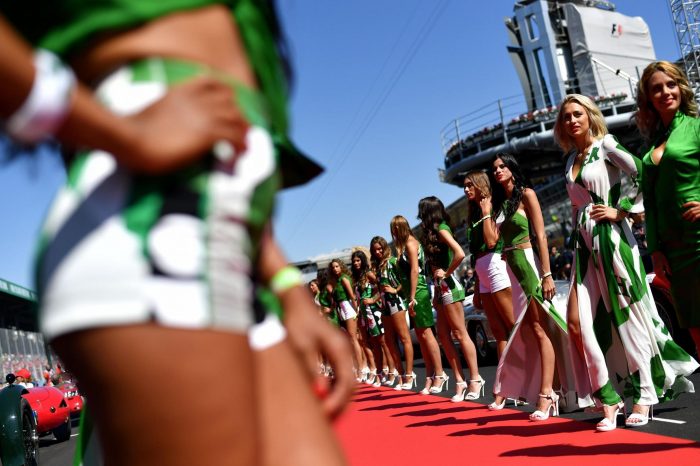 A number of radical feminist groups have praised the decision, while others have vocally criticised it. TheWomen’s Sports Trust, for one, thanked Formula One for condemning what the charity calls ‘the use of women as an embellishment to sport.’

Strange that the F1 are perfectly willing to end this perceived exploitation of women in such a dramatic way, but are quick to pocket millions of dollars from countries run by tyrannical governments that regard women lower than donkeys.

And I ask, with tears in my eyes, what are attractive, fit, young people to do these days? What if these womenenjoyed their jobs? What if this was a means of paying their way through studies? Who has the right to take that away?

In Part One we spoke about how Bertha Benz, Mary Anderson, Charlotte Bridgwood and Florence Lawrence changed the automotive world. Let’s take a look at some of the other roles women have played in the industry.

Around the same time that Charlotte Bridgwood was working on her automatic windscreen wipers, June McCarrol was working on fixing transportation in general. June, a former nurse and physician, is responsible for painting the first lane separators down the middle of the road.

June had survived a nightmarish experience in 1917, which led to her coming up with the idea. She was driving her Ford Model T along down the road when a large truck came hurtling toward her, taking up the entire road. June was forced to veer off the road in order to avoid a collision.

Soon after, she approached the Riverside County Board of Supervisors with the idea of adding a line down the middle of the road to keep vehicles in their lanes. They didn’t share her enthusiasm. Because what does a nurse know about things like common sense? 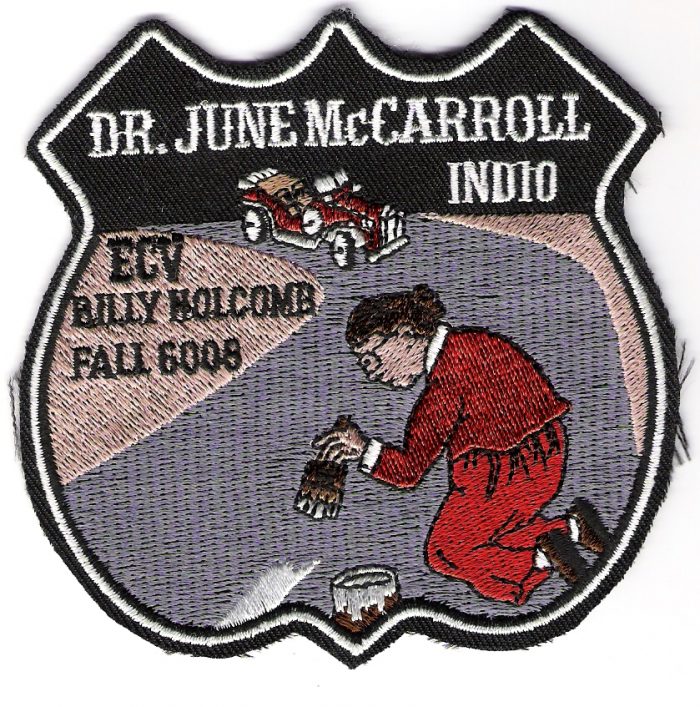 And so, June took matters into her own hands, just as Bertha Benz had done before her, and personally went out to paint the white stripe on what is today’s Indio Boulevard.

By 1924, California was the first US state with mandatory lines down the middle of their roads, establishing it as an automotive regulations pioneer.

Suzanne Vanderbilt started out as one of GMs ‘Damsels of Design’ – a name the ladies allegedly despised but dealt with. 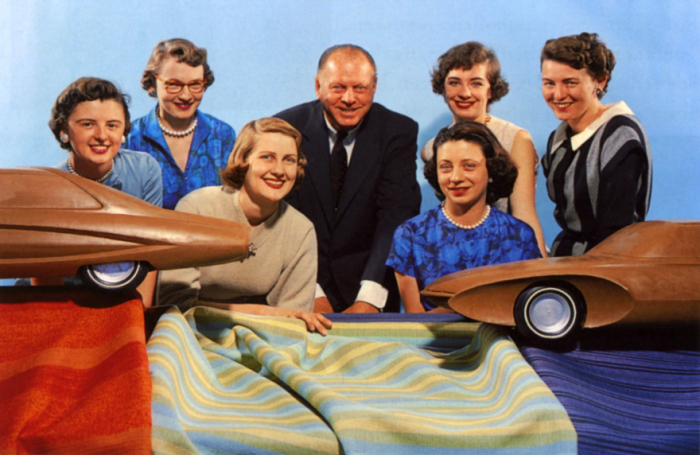 In the mid-1950s, the Vice President of Design at General Motors, Harley J Earl, began to notice a change in the industry. Women were beginning to play a much larger role in making decisions at home. The car was seen as an extension of the home, and women had the buying power. So, Earl put together a team of female designers in an attempt to appeal to this increasingly powerful demographic.  The team was limited to interior design, but still came up with a number of important innovations that we still use today. Among these are included the retractable seat belt and glove compartment.

In 1958, however, Earl retired and the team was stuck with a man who once said;

‘No women are going to stand next to my male senior designers.’

By the 1960s all but one ‘Damsel’ had moved on. Suzanne Vanderbilt. She remained at GM for another 23 years, advancing up to Chief Designer for Chevrolet. She never really broke into the all-male field of external design, but patented three inventions.

An inflatable seat back, a safety switch for automotive panels and a motorcycle helmet design. 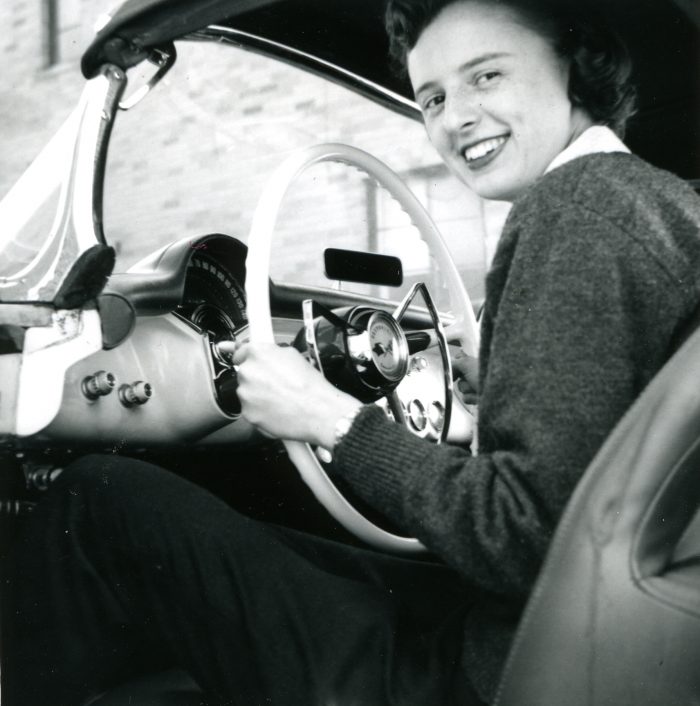 Women And Cars – A History Of Important Decisions

Car manufacturers have been attempting to attract women for a long time now. One method of doing this has been to change their designs, such as implementing rounded edges, vibrant colours and customization. These companies, though, have all too often made a complete blunder of their marketing, their strategies and, well, just their perceptions of women in general.

Nothing embodies these faults greater than Chrysler’s Dodge La Femme from the 1950s. 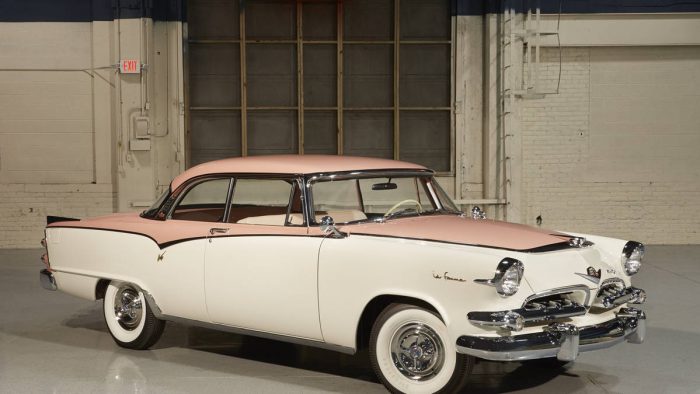 The car came with a makeup case, built-in purses and a rain bonnet.

Obviously, women weren’t just lining up to grab a La Femme and take to the highways in a streak of orchid blush, or whatever that ghastly colour is called.

That’s because, surprise-surprise, women just aren’t as idiotic as these companies made them out to be. Just like men, what women desire in a car is, and always has been, functionality, dependability, safety and durability. Painting a car pink isn’t a guaranteed sell. It’s a Hello Kitty purse on wheels and many people see it as just plain insulting.

It would depend on the sacrifices and accomplishments of other women through history to determine what women really wanted in a car. All these car manufacturers had to do was pay attention.

From the first woman to obtain a driver’s licence in 1900, Anne Rainsford French Bush, or the first female racing car driver, Genevra Delphine Mudge,  women have been making slow, but important steps in the industry.

Women such as Mimi Vandermolen, Alice Ramsey, Denise McCluggage and Desiré Wilson, to name but a few, have all made their mark.

If only Michelle Christensen had been around in the 1950s. She might have shown the folks behind the La Femme how to design a real car. 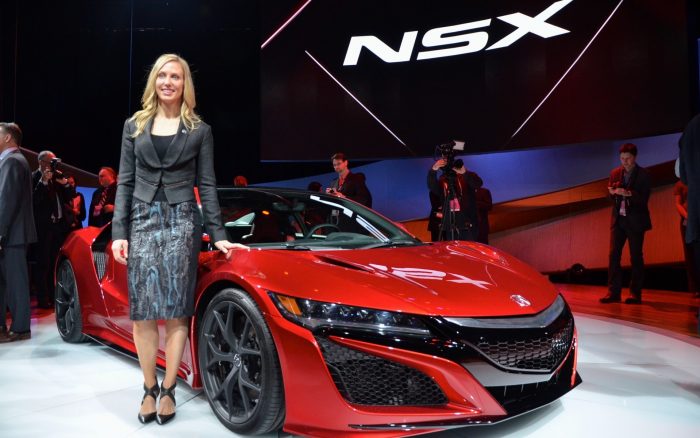