What A Car Crash Does To Your Body (Part Two)

What happens to our bodies in a high speed car crash? In Part Two, we examine the moment leading up to a collision…

In Part One of this article, we spoke a bit about kinetic energy – the energy we build up and possess as we move along. We also explained that if you’re driving your car at 100km/h, this ultimately means that your body is also moving at 100km/h. To crash your car into a wall, then, has consequences most people aren’t always aware of.

To get rid of the kinetic energy we build up, we apply the car brakes and gradually slow down. The energy is then absorbed via heat through the brakes. In a high speed car crash, however, we don’t have that luxury, and our bodies just aren’t built to withstand the sudden force.

We also spoke a bit about the modern car and the role it plays in trying to save your life. Through design, a modern car is meant to absorb as much of the impact as it can. In a head-on crash, the car crumples, deforms and evenly distributes the force, so that your body doesn’t have to. The seatbelt catches you or the airbag prevents you from smashing your head into the dashboard. Of course, things don’t always work out that way and even a little bit of this force could cause severe damage to your soft, vulnerable, marshmallow body.

We then spoke about what happens to said body. If you’re wearing your seatbelt incorrectly, you’ll be seriously injured.

If you’re wearing your seatbelt the right way, you may still break a couple of bones. Broken ribs, for instance, may also cause injury to your lungs, creating serious problems. This is just the tip of the iceberg, though.

It gets far worse.

Too Many To Choose From

Anything can happen to your body in a car crash, and we’ve spoken a bit about common injuries such as broken bones, brain injuries and pneumothorax. Pneumothorax, for those who don’t remember, is what happens when your broken ribs penetrate the cavity around your lungs. A cushion of air between the ribs and the lungs makes it harder and harder to breathe.

You could also rupture your bowels and end up with stomach acid, bile or waste sloshing around inside your chest cavity, where it definitely shouldn’t be. This is exactly as bad for you as it sounds, almost definitely leading to sepsis.

A seatbelt may keep you strapped in and prevent you from going through the windshield, but you still have your arms, legs and head to worry about. If you’re wearing your seatbelt correctly, these are the parts of your body which may end up hurt first as they continue moving forward.

Also read: What a car crash does to your body (Part Two)

In the event of a car crash, our bodies release adrenaline and endorphins, the latter having that good old euphoric effect. This is the classic fight-or-flight response, designed to increase your reaction and reflexes. Our heart rate rises and our blood vessels dilate, allowing for more oxygen through to our lungs and muscles.

Because of this, we’re far less likely to feel any pain, hyperventilate or pass out. This may sound handy, but it poses a couple of problems, too.

After walking away from a collision, we may not know that we’ve broken any bones or ruptured any organs. You may just want to get home, sort all your insurance details out, take a nap and avoid any costly hospital trips. If you do this, though, you may bleed out internally.

For this reason, paramedics on the scene will always urge you to go straight to the hospital for a check-up. Better safe than sorry.

Many survivors have also said that, at the time, it seemed as if the collision was happening in slow motion. This isn’t an uncommon phenomenon, and it’s known as slow motion perception. 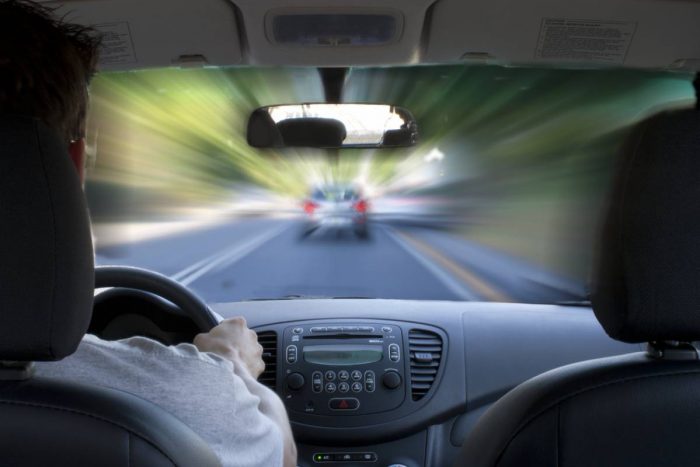 Basically, it’s caused by increased memory packing – which occurs in times of trauma or fear. Increased memory packing allows us to take everything in – the sights, smells, sounds and physical sensations of an experience. Survivors often feel that they could have reacted better in the event of an impending collision, but this is usually just an illusion.

Furthermore, people have reported that in the moment leading up to a collision, everything around them goes silent.

The Danger Of A Car Crash

A while ago, we gave you the Top 5 reasons why our road accident numbers are so high. Why do so many people die in horrific wrecks each and every year? These reasons were distraction, driving drunk, speeding, negligent driving and inattentive pedestrians.

While most of these are referred to as accidents, all are avoidable and therefore cannot be construed asaccidents at all. We, as drivers, choose to drink before we drive, text while driving, drive like impatient hooligans or disobey the speed limits. We make an informed, conscious decision to put our own lives – as well as the lives of everybody else on the road – at immense risk.

This article started off stating that the relation between speed and collision is real, and extremely volatile. There are so many factors to take into consideration that it is almost impossible to determine exactly what will happen to you at an exact speed. But, as demonstrated, there can be no doubt that the faster we drive, the more likely we are to lose control. The faster we drive, the more severe our injuries. The studies on this subject are numerous.

We can cover every single roadside object in bubblewrap and padding, or create phones which just don’t work while in motion. We can drive bigger, better, safer cars or pray for efficient airbags. It doesn’t matter.

What this amounts to is that it’s really up to us.

After all, there’s no hurry. We all get to where we need to be in the end.