When do hijackings in SA occur the most?

Common days and times for hijackings in South Africa…

Hijackings in South Africa are an unfortunate reality and while no one likes to think they’d ever fall victim to a hijacking incident, it’s important to keep up to date with the facts.

Arrive Alive notes the following days of the week and times of day on which hijackings occur. Take extra care and be vigilant when travelling during these times… 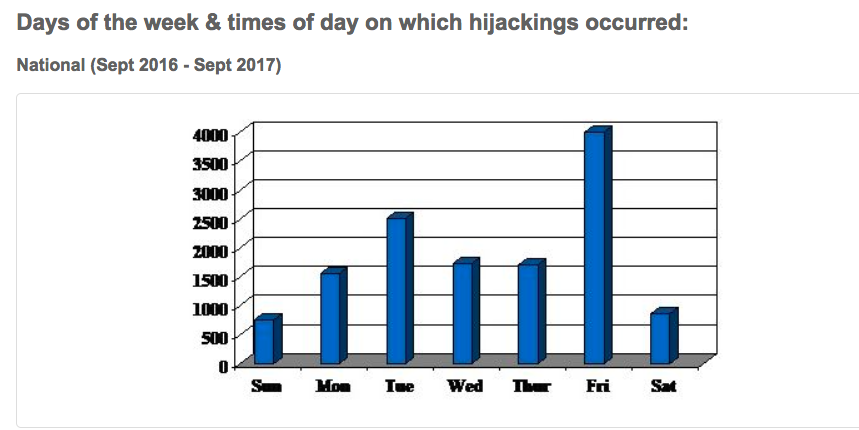 “The analysis indicated that hijackings occur every day of the week, reaching a high on Fridays, due to motorists being more relaxed and traffic increasing earlier on a Friday,” says Arrive Alive.

“Weekends show a lower hijacking rate due to syndicates checking their stock and placing orders on Mondays as well as the fact that there are fewer vehicles on the road. This also explains why Tuesdays and Wednesdays show more hijackings.” 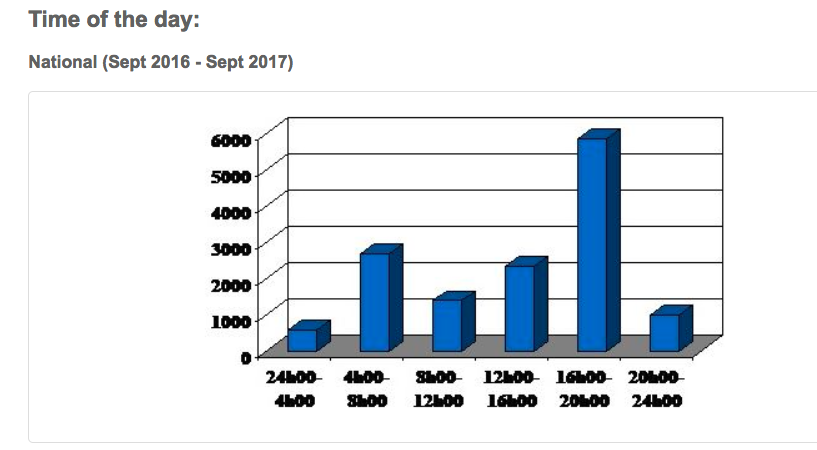 According to Arrive Alive, hijackings reached its lowest point at 02h00 in the morning. While hijackings are lower during the night and early hours of the morning, but start increasing at 06h00 when motorists are leaving home for work. It then stabilises during the day.

“A drastic increase occurred from 17h00 in the afternoon due to motorists heading towards home. Vehicles hijacked during this peak hour (16h00 – 20h00) may be explained by the fact that people returning from work are often tired, frustrated and not alert to potentially threatening circumstances. Negligence on behalf of the motorist could also not be excluded, e.g. an idling vehicle is left unattended to open a gate in the driveway. This trend is not new and the motorist will become the prey of hijackers.

Another explanation for this phenomenon is that highways are congested with traffic, which makes it almost impossible to catch hijackers involved without air support once they have disappeared into traffic.”