South African motorists want to know – are traffic officers allowed to disguise speed cameras? Is this practice ethical, or even legal?

By now, most South African motorists know all about speed cameras hidden behind bushes. A large percentage of the community has been asking themselves if this practice is ethical – or even legal. Are officers allowed to disguise speed traps and just leave them there?

We’ve seen the green mambas, the grey utility box cameras and even cameras making use of military-style camouflage. They blend into the surroundings, and you’ll never see them coming.

What does the law have to say about it?

The Justice Project SA has referred to speed cameras as weapons of mass prosecution, and has said that they’re making a killing for the traffic authorities. Since 2012/13 they’ve been popping up absolutely everywhere.

The current law surrounding these cameras, though, is still a little muddled. For the silver lining in this dark landscape, we have to look south, to the Mother City, for any sort of hope.

First, we need a little bit of background.

“We often receive queries regarding unmanned, radar-based mobile speed camera deployments since this behaviour was, prior to December 2012, unlawful.”

The 2006 TCSP guidelines prescribed that any non-permanent speed measuring equipment had to be operated by a qualified traffic officer. After the JPSA took issue with the deployment of these unmanned pop-up speed cameras, the RTMC quickly amended the TCSP guidelines to suit the very operations the JPSA had complained to the Director of Public Prosecutions about.

So, as a result, the amended 2012 version legalised these operations – provided that the speed cameras be guarded by a traffic officer. In the process, the interval between the calibrations of speed measuring equipment was also illegally extended to every twelve months.

“This stands in direct contravention of A.4.1.2 of SANS 1795 which prescribes that “The initial calibration of every measuring instrument and subsequent calibrations at intervals not exceeding six months, shall follow on model registration.”

To many South African motorists, none of the above will come as much of a surprise. The road traffic law enforcement in our country only seems to rake in more and more money, with precious little time or effort allocated to ensuring actual road safety.

“How else would anyone explain the tactic of hiding speed cameras away and taking happy snaps of people who don’t seem to get that the speed limit applies to them, and posting them “pay as you go” fines, instead of stopping them and taking them to task straight away?”

According to the MD of LawForAll, Jackie Nagtegaal:

“The hidden cameras are, in fact, legal, and no warning sign is required. Unless it’s for average speed prosecutions, it is well within the rights of traffic authorities to use these disguised devices to enforce the law.” 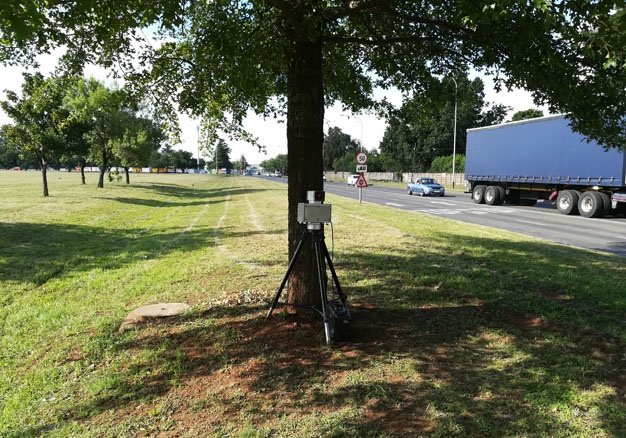 What About Cape Town?

According to the City of Cape Town’s traffic and speed camera report, speed cameras will now have to be made clearly visible and used in areas to improve road safety. Not as a cash cow. Furthermore, the new regulations stated:

• A warning sign should be placed not more than 1km from the stationed area, in the direction being enforced;

• Speed cameras, including mobile camera units, must be visible to approaching or departing motorists from where the enforcement is done;

• Traffic officers are prohibited from using concealed netting and other deceptive tactics;

• Where a fixed camera has been installed, it must be painted yellow in full, with reflective sheeting.

The report will appear before council at the end of July, 2018.

““We will now be doing operations where it is visible to people. The recording of motorists in traffic vehicles or hidden away is stopped. On the issue of fines, we need to look at the justice system, because the fines we issue don’t help the situation,” said JP Smith.”

Smith, who is a mayoral committee member for safety, security and social services in Cape Town, also said that Cape Town does not currently hide the speed cameras in anyway, and that he himself was on board with changing the policy to hiding them.

The committee, however, did not share the same views.