Since 1975, BMW has sold a whopping 15 543 000 of its 3 Series sedan units around the world. Locally, the 3 Series has had a strong presence on our roads and for many it is a sedan that sticks out in the premium sedan market.

Now, BMW’s seventh-generation 3 Series has officially launched in South Africa (March 2019). We joined BMW in the Cape to see what’s new about the automaker’s biggest-selling brand…

On the outside, BMW has retained characteristics of the 3 Series’s strong heritage and added new dynamic styling to give it a sportier and more modern personality. There are loads of crisp, sharp lines and creases that were carefully designed to give it a more defined and precise sense of style. The new large and familiar BMW kidney grille gives the new 3 Series loads of presence and its full-LED headlights (as standard) that lead off it are dominant and eye-catching – they get even more fancy with optional BMW laser-lights that have an impressive range of 530 meters!

It is longer (+76 mm), wider (+16 mm) and only slightly taller (+1 mm) than its predecessor. BMW has lowered its centre of gravity by 10 mm for improved handling – and for more fun around corners, as we discovered at its launch. 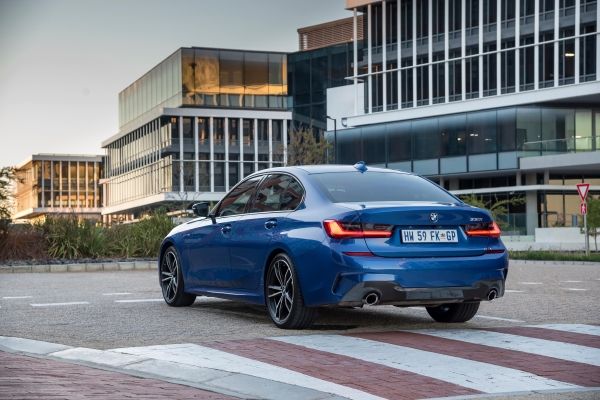 It is in the cabin of the new 3 Series that sees the most significant updates. There is more space with a larger wheel base and extended elbow and shoulder room, as well as seat comfort and ease of entry and exit, but it is the focus on the driver that really impresses. Innovative tech and new driver assistance aids available on this new model is quite something. It took us a while to go through and try out each clever feature – explaining each one in writing would take even longer – but here’s a brief idea of what you can expect:

Those are just some of what you can have added to the new 3 Series models, but overall BMW has made customization and personalization in the cabin easier and more possible than ever before. The 3 Series really brings to life what the future of premium cabins are leaning towards. 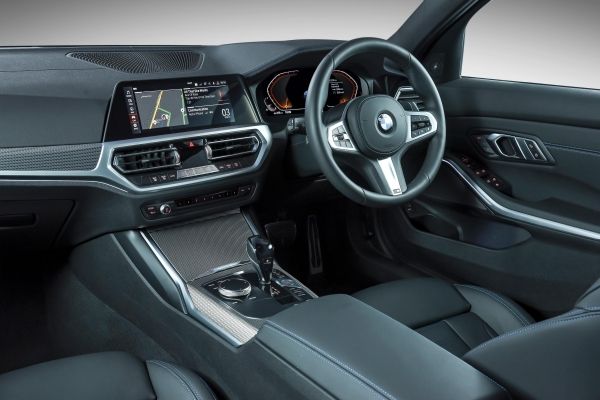 Fancy cabin features and design aside, let’s not forget that this is still one heck of a machine. It packs a huge amount of power and performance under the bonnet, with power outputs of 190 kW on the cylinder petrol variant, and 140 kW from its six-cylinder diesel variant. Both variants (the 320D and 330i) offer 400 Nm of torque. In terms of speed, the 320D powers from 0 to 100 in just 5.8 seconds. I suspect that the petrol derivative might be a more popular choice for those wanting extra punch and sportiness – I found the diesel variant to be just a touch too delayed when travelling in the city and in low speeds in traffic, but out on the highway – it flies!

For now, only the above two mentioned derivatives are available (driven by rear wheels and mated to an eight-step automatic transmission). The new BMW 3 Series has some other big German names to contend with but it certainly matches just about everything you’d expect from new, premium sports sedans. It is practical, comfortable, fun-to-drive and is packed with loads of clever technologies, while it still resembles everything customers know and want from a 3 Series.

Pricing for both models available at launch starts at R649 900. For further pricing and information click here.