Granted, in South Africa our high crime rate certainly warrants worrying over the safety of our children, however when it comes to driving skills alone, can one be too protective when teaching a child to drive?

Over 75% of parents say they’re better at driving than their kids – but they aren’t passing on their wisdom.

When it comes to their children, many parents think they know it all. That’s why it’s no surprise that most mums and dads would agree they’re better at driving than their kids. Over 75% of parents said they were more skilled behind the wheel. 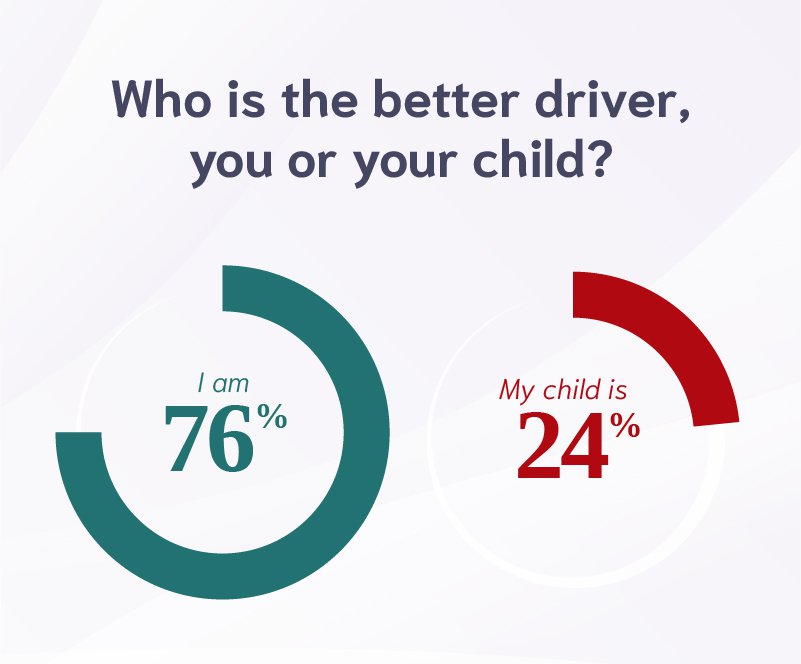 And when asked what they really thought of their child’s driving, more than 1 in 10 parents described it as ‘worrying’, ‘risky’, or outright ‘terrifying’. Mums and dads don’t just think their kids are dangerous drivers, though. They go on to say their kids have plenty more bad habits, too 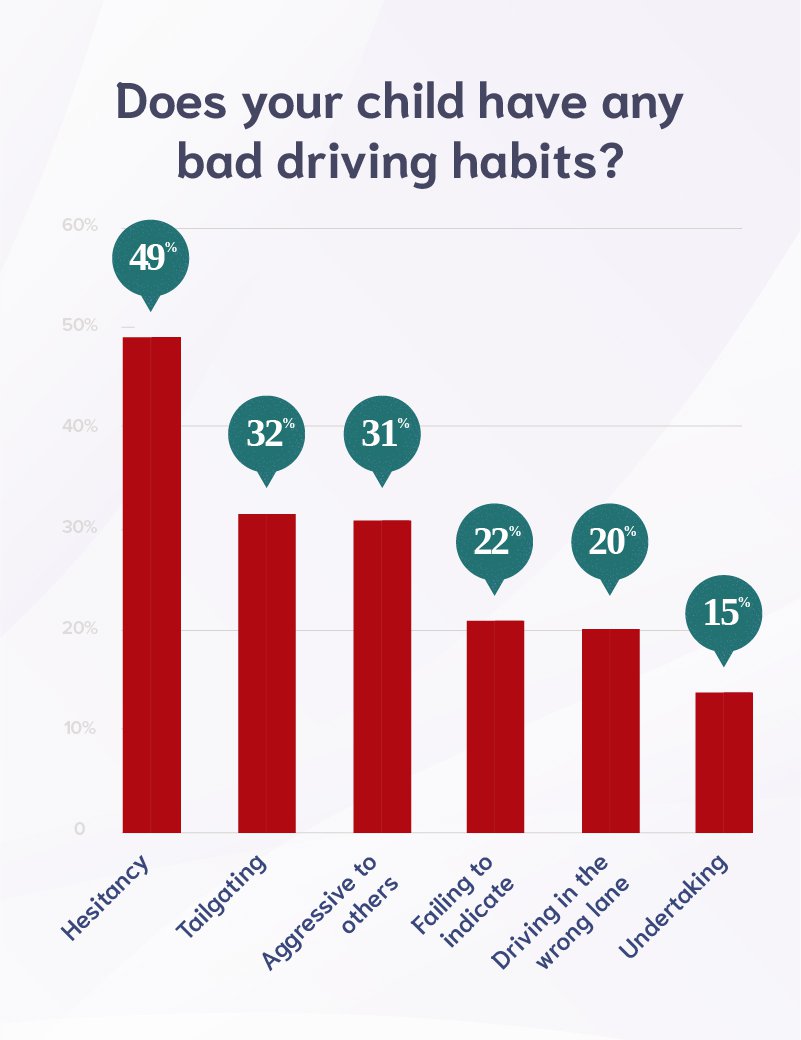 To be fair, most motorists get better with time, and parents have probably had far more practice in the driver’s seat. But do their years of experience mean anything if they’re actually making their child’s driving worse?

1 in 10 18-24 year olds taught to drive exclusively by their parents have been banned altogether.

We asked young drivers whose parents helped teach them to drive about how many times they’d been penalised for their bad driving. Our findings suggest that mums and dads are actually driving their children in the wrong direction, with 1 in 10 kids revealing they’d already racked up points on their licence. Since you can only legally pass your test at 17, these young drivers were convicted pretty quickly, which you might think is bad, but it gets worse.

For the 18-24 year olds who were taught exclusively by their parents to drive, almost 1 in 10 had been banned completely. That means it took these kids merely a maximum of seven years to be disqualified from the roads.

And if it was only their parents who acted as their driving instructor, who’s the one to blame? After all, 90% of children who weren’t taught by their parents had absolutely no points at all.

More than a quarter of parents have forbidden their child from long-distance driving.

To top it off, parents continue to hinder their kid’s driving by stunting their skills, going as far to ban them from long road trips in a strict driving agreement. But this could be holding back new drivers from learning how to navigate or how to handle the motorway alone – essentially restricting their driving development. On the other hand, the third of parents that do have a driving agreement with their child are more than likely just being protective.

Over 70% of mums and dads have an understanding with their child that everyone in the car must wear a seat belt, for obvious safety reasons. Plus, more than half of parents discourage their kids from eating and drinking when driving, no doubt so they always keep both hands on the wheel. What’s more, 1 in 5 mums and dads limit who gets in their child’s cars, as passengers can distract new drivers and persuade them to take risks, according to The Highway Code.

Some parents would even go so far as to shield their child from driving altogether. It seems mums and dads don’t want their kids to gain their independence too quickly, with more than a quarter saying they’d want to increase the legal driving age.

And while you might think driving would give young people some freedom after all, in this day and age, parents can triumph with technology.

50% of protective parents use a GPS tracker to keep an eye on their kid’s driving.

Mums and dads continue to try and keep their kids safe by using apps to track their driving. We found over 50% use a GPS tracker to check on their child, which is likely for the reassurance their youngster has reached their destination safe and sound. Additionally, 2 out of 5 parents said they use an app to monitor their child’s speed, which again is probably for mums and dads to know their kid will make it home in one piece. But does all this wrapping in cotton wool help or hinder young drivers? It could be that parents are actually doing more harm than good. At the very least, 18-24 year olds are infuriated by their parent’s overprotectiveness.

2 in 5 children find their parents physically recoil when they’re driving.

Almost 60% of children found their parents are annoying ‘backseat drivers,’ with mums and dads being critical as the most common complaint – which, based on the rest of our findings, is unsurprising. But more than 2 in 5 of kids also said they find their parents physically flinching or gasping if they make a mistake in the car, which must be incredibly off-putting for the driver.

What seems even more maddening is how nearly a quarter of children catch their parents pressing an imaginary brake pedal on their behalf. This sounds extremely distracting and can’t be a good thing for boosting a new driver’s confidence. So, which is it? Are young people really the bad drivers their parents make them out to be? Or are overprotective mums and dads simply making the problem worse? They might be just trying to help, but overstepping parents might actually be a hindrance to their kids

We asked the general public to tell us about their experiences driving with either their child or their parents to see if they resembled our findings.

“Most people get professional driving lessons for their seventeenth birthday, but my dad reckoned he could just teach me himself. It wasn’t long before he relaxed and started looking at his phone and I accidentally turned onto the wrong side of the road. Dad was yelling, I was crying, other cars were beeping – it was a nightmare. Luckily, I ended up going with a certified instructor, or I don’t think I would have ever passed my test.”

“I can’t drive myself, so my daughter gets especially outraged if I dare to point out any of her mistakes. I don’t even bother to say anything anymore, but she still gets angry if I insinuate her driving isn’t completely perfect. But I can’t help flinching when she pulls out without giving way properly. And how can I not cling onto the dashboard when she hurtles around corners at breakneck speed?”